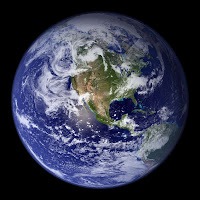 For darn near as long as I can remember there has been a meme afoot (do memes have feet?) about the global village, how small the world is, how flat the earth is becoming, and so forth. More recently, a contravening force, or at least an alternative view, has been emerging that seems also to be in a kind of creative tension with this world view – creating sustainable neighborhoods. I suppose it is in some ways a kind of implementation of the “think globally; act locally” bumper dictum seen on just about every Prius on the road. (It may well be that this bumper sticker is standard equipment for every hybrid coming off the assembly line!)

Two strong and focused voices are powerfully engaged in this neighborly conversation – Bill McKibben of 350.org, who speaks and writes convincingly about how our reliance on fossil fuels has created a false premise about, and unsustainable infrastructure for, this global village. And Peter Block – shifting his organizational development lens in the direction of community organizing ­– looks at concrete conversations we might have with our neighbors to respond to the fragmented neighborhoods in our cities, and isolated small towns across the country.

Block is advocating for an inversion of common wisdom – about what it means to be a citizen, a leader, and a member of any group invested in change. In his recent book, Community, The Structure of Belonging, he articulates the notion of an “inversion of cause”, which is a compelling one: To create communities where citizens reclaim their power, we need to shift our beliefs about who is in charge and where power resides. We need to invert our thinking about what is cause and what is effect. This is what has the capacity to confront our entitlement and dependency. [pp 65-66]

As he articulates the implications of how these inversions impact leaders, community members, dissenters and owners, Peter also fleshes out a series of conversations and inquiries that serve to deepen the possibilities for sustainable community. With his book, Community, The Structure of Belonging – a must read for those of us who believe deeply in the transformative quality of deep dialogue – Peter addresses the one question we often skirt in our more theoretical conversations and dialogues about community: How do we get there?

While Bill McKibben’s scientific and empirical world view that addresses environmental issues in general and air quality in particular is at times less accessible for me, he does possess the one quality common to every true genius – the capacity to make complex issues simple and clear without over-generalizing to the point of simplemindedness. His proposition that our atmosphere can tolerate a CO2 level of 350 parts per million (ppm) is straightforward enough. The fact that the current level is 388 ppm is alarming. The realization that, until very recently, we humans got along nicely with the rest of nature at a level of 275 ppm of CO2 is revealing.

Where McKibben’s work aligns nicely with Block’s is embedded in his descriptions of “neighbors” and “joiners”. In his article, Where Have All the Joiners Gone?, McKibben writes, “…cheap fossil fuel has made us the first people on Earth with no need of our neighbors. Think, in the course of an ordinary day, how often you rely on the people who live near you for anything of practical value. Perhaps carpooling your kids to school or soccer. If you live in a rural community, there may be a volunteer fire department, which keeps your insurance affordable. But your food, your fuel, your shelter, your clothes, and your entertainment most likely come from a distance and arrive anonymously at that.” For him the fact that our oceans are warming, and our ice caps are melting mean (among other things) that we will soon need to develop a modern sense of neighborliness, a new appreciation of locality that is practical as well as a congruent way of living.

“Take farming…” McKibben says, “The local food movement is helping to build demand for small farms. If it continues, we may someday reach the point where we once again have more farmers than prisoners in America—which will be a good thing, if we’re hoping to grow our food with less oil. But if that’s going to happen, it will take more than farmers’ markets—it will take farming communities, with enough small growers in the neighborhood to teach each other what needs doing.”

So, as we develop even more sophisticated technological networks that connect us to people and places throughout the world, we may also need to become even more “radically local”, and less dependent on unsustainable energy sources.

These visionaries are two of the many cartographers mapping that possible future.

Hopefully by the next time I have the opportunity to post here I will have finished Peter’s latest book, The Abundant Community: Awakening the Power of Families and Neighborhoods, that he has written with John McKnight. Looks like another important one!

Also, check out Peter’s blog at The Huffington Post.

Other books on my nightstand:

Operation Mincemeat by Ben MacIntyre – a World War II yarn about “a man who never was”. It’s about a British counterintelligence program to confuse the German High Command. (Among any number of interesting characters was one Ian Fleming of James Bond fame.) A great read in itself, but also a cautionary tale about the power of preconceptions in how we determine what is so, and likely to be – a TWI staple theme!

A Reliable Wife by Robert Goolrick – an immensely interesting novel about the loneliness and desolation of a Wisconsin winter, and the smoldering desire that lurks just below that icy veneer of its main characters. The Washington Post reviewer says: “A Reliable Wife,” isn’t just hot, it’s in heat: a gothic tale of such smoldering desire it should be read in a cold shower. This is a bodice ripper of a hundred thousand pearly buttons, ripped off one at a time with agonizing restraint…” Don’t say you weren’t warned.

What are you reading?