"Read All About It" 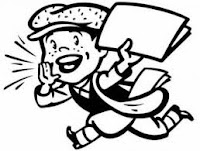 Following up on yesterday’s post about the blog being a place where the TWI community can share what we’re reading, here are three articles I received this week that folks wanted to share:

Mark Gerzon of Mediators Foundation forwards a Christian Science Monitor article on the Arizona shooting and the movement to promote broader civility in our political and public discourse. Mark and Laura Chasin, founder of the Public Conversations Project, are among those quoted.

Denise Caruso of the Hybrid Vigor Network sends along a Sacramento Bee article highlighting a new research report that shows large numbers of college students are graduating without the ability to think critically. She diplomatically refrains from saying this is hardly surprising news. She does, however, send her greetings from Pittsburgh to the TWI community along with New Year’s greetings!

Anyway, hope you find these all of interest. I did!