Occupy Wall Street: Is the Medium as Important as the Message? 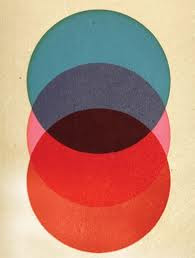 As practitioners and students of deliberative democracy for more than a decade, we are intrigued by the tactics of the Occupy Wall Street movement, and by the contrast between these methods and the traditional ways in which governments try to engage citizens. Media commentators speculate on whether the Occupiers will achieve their policy goals; maybe we should all be more focused on the equitable, participatory, ways in which those goals are being developed.

Whether one agrees with the ideological content of the OWS movement or not, this unfolding example of civil discourse, respectful exchange of ideas, small-group facilitated dialogue, and listening rather than speechifying is a welcome alternative to the prevailing, alienating polemic of talk radio and much of the blogosphere. The use of direct democracy, expressed through the highly structured “general assembly” as the means to engage participants in the drafting of manifestos and hour-by-hour decision making, is remarkable to witness. Most of the core principles that have guided deliberative democracy practices are readily evident in the OWS movement. These include a commitment to small-group, facilitated dialogue; equal participation and full respect for every member of the group; an emphasis on deep and careful listening as well as thoughtful expression of ideas; the engagement of diverse participants who bring divergent experiences, identities, and ideologies into the conversation; and the importance of sustained exchanges meant to inform and transform rather than one-off, one-way testimonies that neither inform nor transform.

These core principles, applied across deliberation models, settings, and topics, are being utilized in a dynamic, passionate, uncertain context in the OWS movement. In fact, it is the application of these deliberative principles that is allowing the inchoate structures of OWS to generate common ground, maintain community, and avoid either internal or external confrontations (so far).

Some of these tactics have been used in recent years, primarily by city officials and other local leaders, to engage their constituents productively in public decision-making and problem-solving. These methods for democratic governance are promoted and supported by associations for local officials like the National League of Cities. This work has gone largely unnoticed, particularly by state and federal officials; OWS has brought principles of democratic governance out of doors and into the spotlight.

The “human mic” phenomenon is particularly appealing. This completely low-tech, innovative work-around to restrictions on sound equipment has created a powerful bonding mechanism. The necessary concern for whether others have heard a speaker’s message requires participants to suspend their own immediate responses or judgments and place the needs of other community members first. Thus, the first question is not, do you agree with what you are hearing, but rather, did you hear it? This requires that individuals focus on listening first, only then forming an opinion about what is said. The frustratingly slow process of the human mic mirrors the slow, messy, unpredictable nature of direct democracy itself. At the same time, the process creates social capital within a group of people who have only been together a matter of weeks, days, or hours. It produces the sense of attachment to a community, a feeling that one of our founding fathers, John Adams,
would have called “public happiness.”

While the general assembly strategy appeared to be a spontaneous invention, it was influenced significantly by experiments in democratic governance and popular protest in other countries. Veterans and careful observers of the recent protests in Greece, Spain, and Egypt were among the early organizers of the occupation. Democratic innovations from Madagascar, relayed to the organizers by anthropologist David Graeber, seem to have been particularly important. Graeber spent extended time in villages in Madagascar that had been abandoned by the government for some years; his field work focused on the use of consensus decision-making in which the local residents managed their own affairs in the absence of formal government structures. He described what he saw as “democracy without government,” and subsequently applied these lessons to his participation in anti-globalization protests in the 1990’s. The use of tactics from other countries – and the implied recognition that the United States is not the only laboratory for innovation in democracy – has invigorated OWS in much the same way as Brazilian methods for participatory budgeting are helping local officials in Chicago, New York, and several California cities involve their constituents effectively in key budget decisions. Where OWS will end up, we can’t predict. But we do hope that the example being set of small ‘d’ democracy will live on, indoors and out, whatever the issue or context.