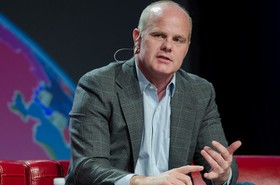 Reconstructing Philanthropy from the Outside In

This article was originally published here

A funder-to-funder take on how to create breakthrough social change.

The Empire State Building is one of the seven modern wonders of the world. Yet when it was built, the most revolutionary aspect wasn’t its architecture or the height. The less-acclaimed, quantum leap was in the construction practices that the contractor, Starrett Brothers and Eken, used. Never before had a building been constructed in that way or as quickly.

In philanthropy today, we are doing some good “architectural” work in emergent philanthropy, networks, and collective impact, to name a few. But to achieve a breakthrough like the Empire State Building, we need to fundamentally change the underlying practices we use to construct our philanthropy, just as radically as Starrett Brothers and Eken did.

We have good materials (committed people, financial capital, promising solutions) but are sometimes using outdated practices that are often more grounded in an inside-out, funder-centric point of view than the external realities of the grantees, programs, and systems we seek to change.

We need to become far more outside in, driven by external realities and signals. There are several practices that would go a long way toward effectively reconstructing philanthropy (download the full piece below), but this work begins with the most structural one of all: providing unrestricted funding.

If this strikes you as boring or familiar, it’s because the lack of unrestricted funding has persisted for decades, and if we don’t change our funding practice, we will continue to fall short or take too long to reach the height of our aspirations, just as the Empire State Building contractors would have.

Let’s call restricted dollars—funds that are subject to limits based on purpose, time, or specified means for achieving an end—what they really are: quite damaging dollars (QDDs). This encompasses the myriad of ways funders and donors constrict their funding, including a lack of general operating support, and limits on administration and overhead. Let me share a few anecdotes.

I had a Groundhog Day experience three times in three days at an international conference this spring. Leaders from three different NGOs told me that if they were half as big in terms of revenue, they’d be twice as effective. That’s illogical. What happened to their organizations has happened thousands of times: They received large, restricted grants to scale one part of their organizations with overhead limits. Over the next few years, conditions changed; they needed to pivot but were hemmed in by the direction of the big grant, and had reallocated significant resources and lost their flexibility to focus on what was now the greatest point of social impact. Over time, the effects on their organizations were structurally damaging, especially underinvestment in the “lesser” parts of the organization.

Next, a CEO from a major institution in Seattle told me that the organization’s proportion of unrestricted funding had declined from 46 percent to 23 percent over ten years. This negatively affected its bond rating, increased debt costs, and directly impacted loan worthiness.

And on a local list serve, a funder asked me for input on an application for a core support grant program. I suggested that she give all grantees 100 percent core, unrestricted support. She responded, “Without working capital, a business is doomed for failure, but our board still has reservations.” I then asked another colleague about this funder, and he told me that a few members of its board were also board members of one of his organization’s grantees, and that as grantees, they were “very appreciative of our unrestricted funding.”

That’s five stories in five months, heard by just one person. Extrapolate the math—this is chronic. We are using a practice that weakens the entire structure of grantees we hope to build. If this were the Empire State Building, we’d have to start tearing down parts of the frame because it would be clear that our construction practices were inherently flawed.

If we want to make sure that funds go toward an intended social outcome, we must make an agreement on the mutual outcome and let grantees decide how to best spend the funds (the means) to achieve that goal (the end). Unrestricted absolutely does not imply unaccountability. If you’re worried that grantees might misspend funds, and if you can’t trust them, don’t make the grant in the first place. If you need to justify to your board where and how the grantee is spending funds, you need to get them to understand that QDDs ultimately have a debilitating effect on the mission.

A private sector CEO (who, incidentally, may eventually become a donor that practices restricted funding) would find it ludicrous to build a company when her multiple revenue sources were constrained in so many unique, unconnected ways to specific, isolated spending purposes—for example, revenues from product A can be used only for R&D, product B only for new buildings.

One respected NGO leader emailed me about another negative consequence: “Restricted funding may produce corrosion of ethics within otherwise honest and transparent orgs. When you need to pivot (which you always do), but you can’t because you have to hold true to the letter of the grant, or when you have to ensure [that] you spend out all the funds because you are at risk of losing subsequent grants (crazy, but true), it can force orgs to cut corners [and] allow higher costs into line items, which can ultimately amount to cracks in the ethical foundation of an NGO. Amplify this by multiple grants and … ”

We are asking nonprofits to construct the frame of their own Empire State Buildings (and some social challenges are surely the same scale), but no one will give them money for bathrooms and only for certain kinds of i-bars. After all, who would want to fund bathrooms?

Eliminating QDDs would create the opportunity for radically different, trusting relationships; enable the effective investment of more dollars toward what organizations truly need; and transform how nonprofits work with funders. I would be remiss if I didn’t reference the strong work that the Overhead Myth, led by Guidestar’s Jacob Harold, is doing to combat this issue.

Communities In Schools, which aims to reduce student dropout, undertook an intentional, at times difficult, process over many years to develop the right kind of relationships with its funders. It was steadfast about the kind of funding it needed (and rejected funding that didn’t fit its needs) and it has made a huge, long-term impact on serving more kids more effectively.