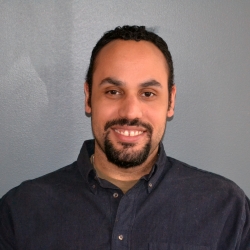 The Difference Between Feedback and Power

Recently, the nonprofit sector has been buzzing about the idea of feedback loops. Nonprofits are adapting customer feedback models from the private sector in their desire to listen to constituents and beneficiaries. There are initiatives by foundations looking to listen and learn from grantees. But while some claim that we’re in the midst of a “feedback movement” it seems to me that this feedback moment should be the start of deeper efforts to disrupt the ways that organizations often engage with clients, constituents and communities.

Feedback is important. It helps organizations know how their programs are received and whether the beneficiaries feel that the programs are making a difference.  And who can quarrel with the claim of that old adage, “it’s better to ask than assume.” But is getting feedback revolutionary? Take the story of the food pantry that wanted to figure out why clients were rarely taking fresh fruits and vegetables, profiled in the Chronicle of Philanthropy. Through interviews, they learned that when people are only allowed to visit the pantry once a month, they make the logical decision to pick up foods that will last, even if it means choosing less healthy options. But reading the story I wondered if the organization really had to do thousands of one-on-one interviews to consider how limiting people to monthly visits to the food pantry forced tradeoffs for families struggling to put food on the table.

BMP’s latest guide Nonprofits Integrating Community Engagement (NICE), argues we need to not only hear feedback from clients but we should build the voice of service beneficiaries into all aspects of our work. The NICE guide offers tools, case studies, and how-tos for engaging program participants and community members into our work. For over decade, we have argued that service providers – with their reach into low-income communities and communities of color – are key to addressing issues of inequity. Our “5% Shifts” series of reports demonstrates how small changes in an organization can results in a powerful message to program participants about their value, and can not only give organizations feedback but also build the voice and power of those using program services. Take the organization in Detroit making the shift to serve people “family style” instead of lining up; the result was a new sense of community and voice among participants and volunteers, who discovered they were facing common issues.

The case example of the Client Advisory Board (CAB) at Bread for the City offers a great illustration of feedback as just a first step. The organization originally founded the CAB as a space for feedback, but they quickly expanded the vision of the Advisory Board to be about leadership development – a much more involved process. Bread for the City’s CEO and staff didn’t just ask Advisory Board members to weigh in about the organization’s services, they made the CAB an open space for clients to determine the focus of participatory action research projects and a training ground for leadership where new organizational projects were nurtured and developed. This shift required an investment such as staff facilitating CAB meetings and following up on ideas generated by leaders. Perhaps more important, it also required staff challenging their own assumptions about who in the organization had power.

When Bread for the City moved the CAB beyond providing feedback, their clients started to have more ownership over the organization, and that wasn’t always embraced by staff. And that points to one of the limitations of ‘feedback as engagement.’ Feedback can represent a shift away from constituents being the grateful – but silent – recipients of charity, to people having the ability to weigh in about quality of service. But program participants have an understanding of systems and a set of ideas that can make a difference in their lives and the lives of others. Bread for the City’s CAB ended up shifting power dynamics by giving participants more voice and power. It was a process, one that we think more organizations should be striving for in this feedback moment.

When we talk about feedback, maybe we also need to talk about power. Moving from feedback to power is a critical shift. Society already creates a sense of powerlessness among people with low- and no-incomes in almost every other interaction. That should not be true when they seek services from the social sector. The recent video of the physical assault of a black teenage girl – who happens to be in foster care –  at the hands of a police officer at her school serves as an example. We don’t know her story but we suspect that the brutality she received from the police officer was not the first time she was shown she had no power.  We would never expect such a vicious response inside of a nonprofit organization. But it illustrates the importance of a having a place, and the space, where people with so little power can have a real voice. Nonprofit organizations, capacity builders and consultants who are turning to feedback loops as a new innovation, should definitely stick with it; but also think about how they could make a 5% shift beyond feedback and towards other forms of meaningful community engagement and power.