Cultivating the Habits that Support Democracy 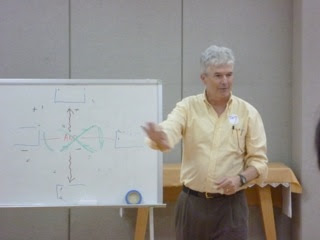 Many years ago I had a formative experience in my own understanding of democracy. I was invited to facilitate a Land Use Task Force public meeting in a community best described as transitioning from rural to suburban. Their last meeting had ended in a fistfight.

I began the meeting by playfully talking about how I was invited to help guide the process, but that I was neither a referee nor a police officer. Rather, I told those gathered that evening in a school cafeteria that I was a teacher and I had spent many years learning with school children about our democracy.

I said that the most important thing I learned was that we often mistakenly think that democracy means, “I get to say my truth” but in fact that’s not quite accurate. What democracy means, I said, is that we get to protect the rights of others to say their truth even when we feel they are wrong. Many in the room smiled and nodded knowingly. As we listened to the wide-ranging public testimony, I invited everyone in the room to hold that thought: that we were gathered to protect the rights of each other to speak even when we felt they were wrong.

One of the Task Force members had brought her ten-year old son and eight-year old daughter to the meeting. With the children’s and mom’s permission, I place the two young people front and center facing the crowd. On my signal, they held up signs to mark the speaker’s allotted time. The gathered adults help those children hold the space for each person to have their say.

Over the years, I’ve thought a lot about that night. Such a gathering created to hear a wide range of opinions and viewpoints is all too rare. Therein lies a collective dilemma that Parker J Palmer, founder and senior partner at the Center for Courage & Renewal, has brought to public discussion with his latest book, Healing the Heart of Democracy: the Courage to Create a Politics Worthy of the Human Spirit. Parker explores how rebuilding the failing infrastructure of our democracy involves each of us cultivating five habits of the heart in our daily lives and work. These habits form the foundation of democratic society. They include: an understanding that we’re all in this together, practicing hospitality across lines of otherness, creative tension holding, developing a sense of voice and agency and the capacity to create community. The group gathered in that school lunchroom struggled to practice all five.

At the Center for Courage & Renewal, we’re exploring ways to help interested citizens cultivate these habits. In partnership with writer Courtney Martin, we’ve recently launched Healing Democracy Action Circles, with an invitation and resources for people to organize actions circle to explore and apply these habits in their own communities. I hope you will join us.

What stories are formative in your own experience of democracy?

Where do you practice and learn about the habits of the heart in your community or your organization?

Terry is the Executive Director at the Center for Courage & Renewal.