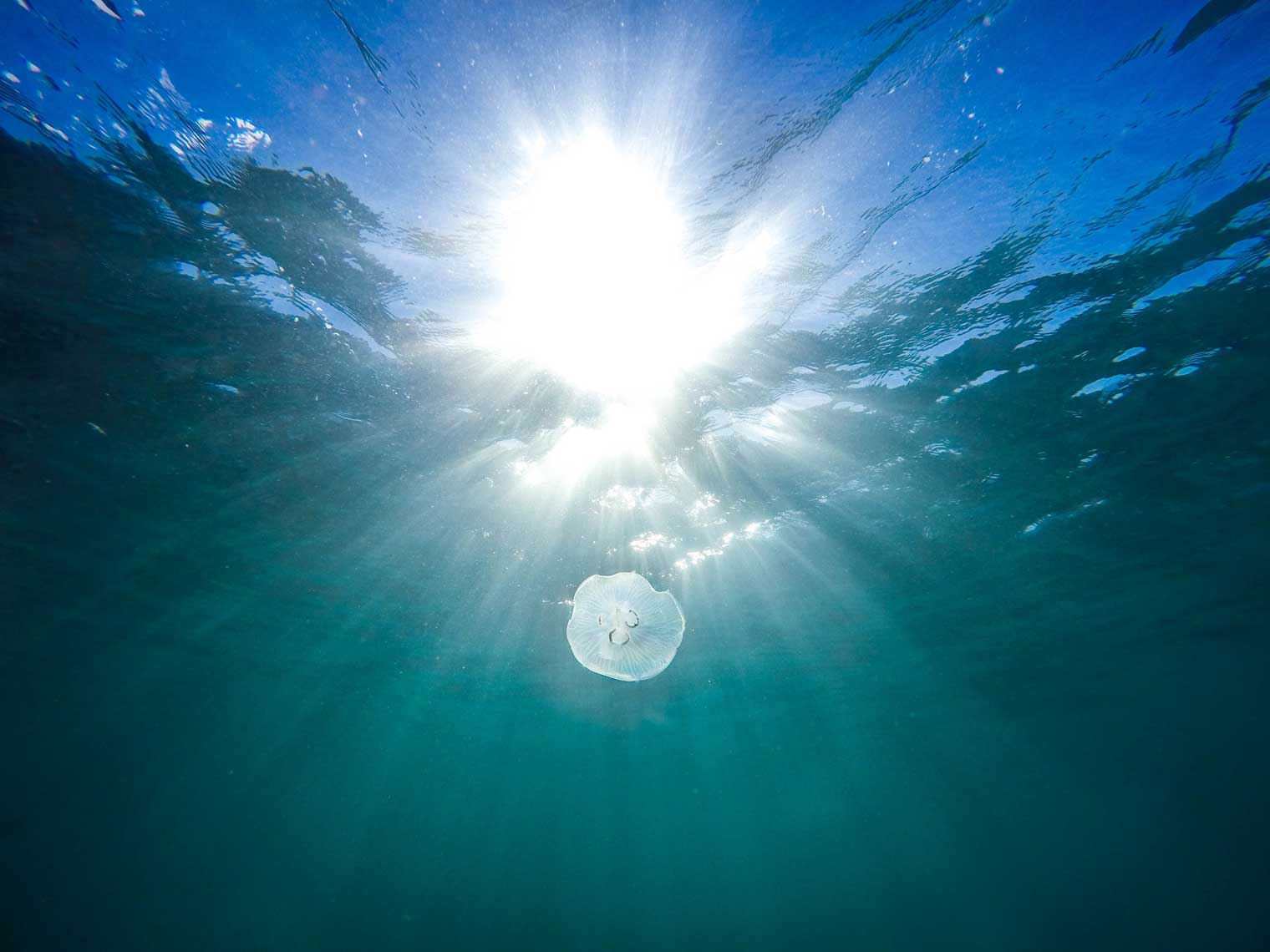 The Gift of Disequilibrium

I just recently returned from a maternity leave that was both an eternity and a blink of an eye.

I was deeply and shockingly unprepared for the experience of becoming a mother, something I thought would be so natural and easy breezy for a child-loving longtime auntie and former teacher like me. Perhaps it was complicated by several unwanted trips to the emergency room right after I gave birth, or that baby lost so much of her initial body weight in the first week that her pediatrician almost sent us to the NICU. But suddenly everything that seemed important before hurtled out of focus, and my entire being was consumed with Love and Fear. Love for this miraculous little person and Fear that we would somehow be separated against my will.

For weeks after her arrival, I inhabited a twilight of postpartum light and shadows. I lost my understanding of up and down, became untethered from the familiar shores of my own faith, turned into someone who fretted instead of trusted. I didn’t recognize myself. This moment in a mother’s life, and the deep disequilibrium that can accompany it, has many names in culture and science. La cuarentena. 4th trimester. Postpartum depression. Adjustment period (uh, duh). Despite being foretold, it was jarring and confidence-bending.

Not a news flash, I know, but vulnerability matched with incompetence is uncomfortable.  Even less comfortable for me was admitting this, and asking for help.  Not once or twice, but continuously. For weeks on end. I had to keep asking because I’m such an oldest daughter, “I’ve got this” type that I think at first folks didn’t actually believe I/we needed help. They’d say, “You look great!”,“You’re a natural,” “Motherhood is so lovely on you”. I appreciated the affirmations, but my insides didn’t look like my outside, and I was, in short, the hottest mess I’ve ever been and possibly ever will be.

Ironically, for the past twenty some odd years of a career that began in teaching and leadership training, a cornerstone precept in my pedagogy was: “learning is uncomfortable, so get comfortable with discomfort.” Ha! Wow, did that statement (often charted in capital letters on butcher paper) come back to roost in a very real way.

As I reflect on it, the experience of becoming a new, and now working, mom has produced some critical lessons in leadership:

I now think it’s a bit smug to invite folks to get comfortable with discomfort. Since the definition of discomfort is literally the absence of comfort, it’s an impossible and annoying provocation. I did notice that getting curious about the discomfort led to better results than complaining about it. How is the discomfort expressing? What’s the source of it? What helps alleviate it, even momentarily? If this is the new normal for now, how can I meet it while also trusting that it will shift?

Breathe Instead of Google

Apparently it’s physiological that, as a mammal, my amygdala was stuck in lights flashing, red alert mode for weeks after giving birth. Brand new mammal mommas are meant be wired all night, every night, ensuring that their babies are continuously nourished and safe from nighttime predators. For me this translated to everything = emergency. I read somewhere that a baby’s brain development would be stunted without the right amount of sleep or nutrients, and then got panicked trying to fit my baby into some standardized mold possibly based on a study of 200 English babies in 1977. There were so many internet rabbit holes to get lost in. Eventually, I coached myself to step away from the smartphone, take a breath, and just pay attention to what was truly happening. Every single time, I’d notice the baby was rosy cheeked and cheeky, and that we were both alive, breathing, safe.  Staying in the room instead of getting lost in the vast, terrifying “what ifs” of the interwebs is probably a good call for any of us in a critical moment. 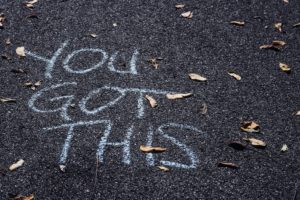 It is also useless to compare our insides to others’ outsides. I would look at other parents and feel inadequate in the face of their ease and confidence. I would compare my baby’s development to another’s, and fret that we weren’t making tummy time fun enough or that we needed to craft a new sleep routine. This kind of comparison cuts deeply and unnecessarily into the whole family’s wellbeing, and after awhile I had to learn how to be patient and have compassion for all of us.  Baby was getting used to life outside my uterus, my wife was trying to juggle a new job and new baby, and I was, well, just trying to make it through the day.

Pick Up the Bat Phone

“Ring ring” – did you hear me calling you? Because I probably did. Some days, I went through my contacts and hit dial until someone picked up. I needed help on every front, and I had to learn how to ask for it. How to give up full control, how to share the wheel, how to be ok with not looking like I had it all handled. Perhaps the hardest won lesson from the past few months is that pride in self sufficiency is misbegotten. I wanted to be able to do it all on my own — become a mother, show up as a partner, sister, friend, colleague, comrade — but I just could not. I was forced let go of my expectations of who was supposed to help, and just appreciate anyone who was willing to pick up that red blinking phone. I learned (again) that when I give up my individual preferences and attachment to how things should go, what gets built is stronger.  More hands mean more hearts as well.

While I was an equal opportunity caller in asking for support, talking with other mommas who were further down the road was like getting a hit of pure oxygen when I was gasping for air. I sought out watering holes and found organized groups where these precious creatures (brand new parents) gathered, and I plopped myself into their circles. I found new friends and resources in the parents group my midwife hosts, a postpartum group at Kaiser, and a local new mommas group I got hip to. The circles formed around shared experience are so much more energy giving than taking, and always worth the push to get myself and baby out the house.

For a while it was a victory just to take a shower.  Eventually, my victories around reclaiming self and spirit led to getting out for a walk, helping a friend out, going back to work. At first my little victories seemed so small, but I see now that sharing and celebrating each molehill helped to build towards the next one and the next. My sense of equilibrium didn’t return in an instant, like a laptop blinking back on after hitting the restart button. It was more of a piece-by-piece, week-by-week, grasping-for-ropes-in-the-dark, leaning-on-kind-shoulders, following-an-unfamiliar-map-home type of thing. But I am home in myself again, in a body-mind as mysterious as it is known.

“The Only Lasting Truth is Change”

This quote is from Octavia Butler’s book The Parable of the Sower, an apocalyptic humans-in-hot-water narrative that cuts closer to current social, political, climate disasters than not. I do realize it’s privilege that allows me to experience and reflect on my new mammal momma disequilibrium this way. For many who are subject to arbitrary borders, cruel policies, oppressive political and economic realities, and bearing the brunt of climate change, disequilibrium isn’t just a season — it’s a lifetime. Clearly, the need for swift adaptation is paramount. The complex systems of our time are not getting any simpler or more predictable. My lessons from this season of disequilibrium serve to remind me that change is constant in basically every context, and happening at quickening rates.

Open Up to the Gift of Disequilibrium

I’ve been sitting with what it means to be so in love with and so fiercely protective of my little daughter, our little family. It could make me more fearful, more selfish in wanting what’s best for her and us — at any cost. Or I could allow it to open me up to the vulnerability and preciousness of every being, every child, every parent, every family, all the myriad iterations of all of these concepts. I’m pained to see that in the time I’ve been on maternity leave, even more families — at geographic and economic borders — struggle for basic needs, freedom of movement, to keep a shred of human dignity. I’m incensed and I’m motivated. This state of suspended disequilibrium put me in touch with that suffering and that courage in a different way, and I aim to commit myself ever more fully into the service of championing our greater human family. 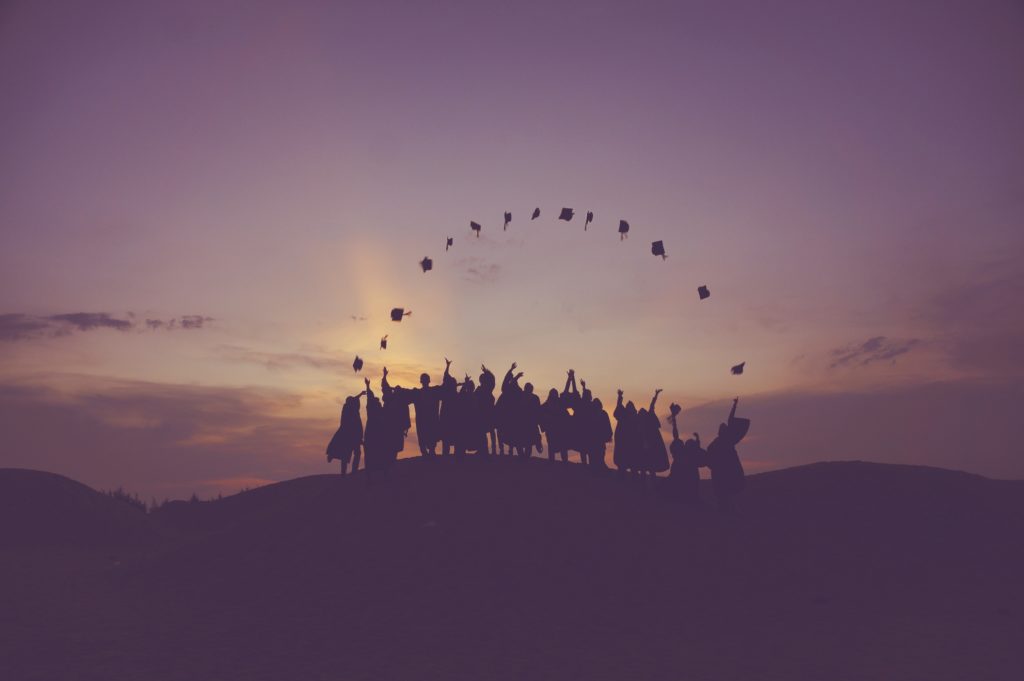