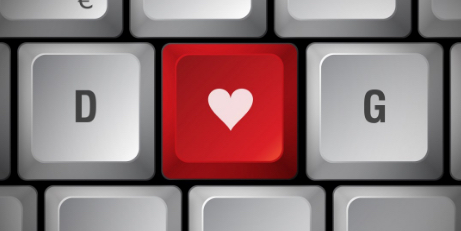 The following was released in the Stanford Social Innovation Review today by Kierra Johnson of United for Reproductive and Gender Justice.  TWI heartily endorses these thoughtful practices, as they mirror tips we shared earlier this year!

So as I began writing my piece for this series on grantee inclusion, I started feeling like I was writing an advice column about dating. After giving it some thought, I realized that is essentially what I am doing! Here is my advice, adapted from a list of dating tips in Women’s Health Magazine, for grantmakers seeking to partner with strong organizational and movement leaders to change the world:

1. Go beyond the bar scene. It is important to look beyond the usual places for the right fit. It is easy to get stuck in the habit of reaching out only to leaders, organizations, and movements you already know—I have definitely been guilty of that. However, when that happens, we limit our potential for great success! If you are looking to spice up your portfolio, ask your grantees to identify other organizations that are or have been critical to moving the needle on a particular issue or piece of legislation. Engage grantees in your portfolio strategy. Ask them to share their perspectives and identify gaps in the work. As an example, reproductive rights movement leaders and funders have long internalized the narrative that abortion access is an issue that other progressive organizations are unwilling to address. Three years ago, All Above All, a coalition working to end insurance bans on abortion, challenged that assumption. The coalition embarked on 30 interviews with leaders from immigrant rights, civil rights, economic justice, and LGBTQ organizations, and not one organization was resistant to the issue of abortion or reproductive justice. In fact, all of them expressed an interest to do more. By widening the scope and challenging existing assumptions, reproductive justice leaders and funders uncovered a wealth of support and allyship that we can now incorporate into our education, organizing, and advocacy.

2. Don’t play it cool on a date. The power dynamic between grantees and grantmakers is real, but that doesn’t mean that the relationship has to be an oppressive or dictatorial one. Acknowledging the presence of this dynamic gives us the freedom to strategize about how to best communicate and collaborate. A couple of years ago, I met with our program officer at a California-based foundation. She explained to me that the foundation was changing its geographic focus, and I was worried that it would leave my organization, Unite for Reproductive and Gender Equity (URGE), vulnerable. I could have easily taken this information as a mandate, and decided to change our geographic focus or not apply for a renewal grant. It would have been equally easy for the program officer to assume that if I had objections or alternative ideas I would voice them without solicitation. Instead, she acknowledged her power, the potential burden this could have on my organization, and then asked me for my perspective. Because our relationship was built on a strong foundation of trust, directness, and transparency, it felt safe to ask her about what the consequences would be if we didn’t change our priority states, and I made a case for why our work would still aid in meeting the foundation’s objectives. This created an opportunity to think together. I made sure she had what she needed, and she went to bat for us, acknowledging that there was no way to guarantee it would work out in URGE’s favor. We did end up receiving continued support, but the process and conversation we went through was as important as the outcome.

3. Pay attention to how you communicate. Conversations are easy when things are going well. A sign of a good relationship is that you can communicate—particularly when in a crisis—with each other with good intentions, and with an eye toward how to set each other and the work up for success. Don’t avoid difficult conversations; instead, I encourage early intervention. For example, as a new-ish executive director, the new program officer told me that a longtime supporter would be shrinking our grant as a result of how our previous program officer communicated with that funder. The previous program officer had never expressed concerns, and had offered only positive feedback. This resulted in three years of funding cuts that we potentially could have avoided if we had been alerted to the concerns and had the opportunity to work with the funder on strategic course corrections.

4. If you’re not into them, move on. This immediately made me think of author Spencer Johnson’s quote: “Integrity is telling myself the truth. And honesty is telling the truth to other people.” If you know you can’t fund an organization or project, be honest with yourself and with them. As someone tasked with constantly maintaining and securing new funding, I fully expect that sometimes people will say “no,” but I prefer having someone say that explicitly rather than lead me to believe that funding is possible when it’s not. Funding an organization is not the only pathway to building a strong relationship. Some of my best relationships have developed with funders who couldn’t fund me for one reason or another, but who offered other resources like convening space, introductions to other funders, or a platform to talk about our work. A few years ago, I met with a program officer in New York, and while she loved our organization’s work, she was direct in telling me that she couldn’t fund us. However, she made a commitment to stay in a relationship with me and help profile the organization when and where she could. She was never able to fund us, but she introduced me to two other foundations with which we made a love connection! Those foundations began supporting the organization’s work, and where there was one relationship there are now three.

Relationships take work—and those between grantees and grantmakers are no exception. Strong relationships are never built on transactional engagements; both parties must engage with honesty and integrity, acknowledge the other as a vital part of their success, be willing to have courageous conversations, and have compassion for each other’s humanity. For those of you that have the privilege to move vital resources to organizations to create change, I urge you to try one or all of these tips. Make time to think creatively and act strategically so that you can more authentically and deeply engage with grantees—it may just help take your relationships and the work to the next level.