Is Grantmaking Getting Smarter? 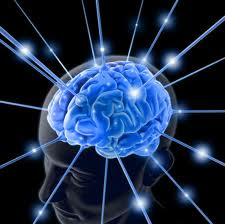 In 2011 Grantmakers for Effective Organizations heard from 775 foundations about grantmaking practices GEO identified as contributing to healthy and successful nonprofits (general operating/unrestricted grants, multiyear funding, and capacity-building support). With Is Grantmaking Getting Smarter?, GEO reports on the results of their survey.

Unfortunately, the answer to their question is “no.”

On the bright side, grantmaking isn’t getting dumber as GEO found “little to no movement across a variety of practices from whether a foundation provided some level of general operating or capacity-building support to whether they tracked administrative requirements to their reasons for conducting evaluations.” As they point out, no backsliding is something to note in the current economic climate.

That said — and in what will come as no surprise to nonprofits — GEO states that “general operating and capacity-building support are still some of the hardest funds to come by.” This, despite the fact that over the last decade, “Groups like the Center for Effective Philanthropy, FSG, The Bridgespan Group, Nonprofit Finance Fund, TCC Group, GEO and others have built a body of research about what works.”

So, if evidence based research isn’t changing anyone’s mind, what is? GEO posits this answer:

“When we looked at the data to see what kinds of funding practices are common among grantmakers with an ear to the ground, an interesting pattern began to emerge. It turns out that when funders had strategies in place for listening to and learning from grantees, they were more likely to increase these types of support.”

Makes sense to me!

So, it appears you can amass a pile of evidence about the value of certain grantmaking practices, but it is only when you create opportunities for real listening and dialogue, when you build a different kind of relationship between funder and grantee, that behavior shifts (something to think about when we look at the “impact” of process and relationship-based work). GEO also notes that “there does appear to be a link between looking outside the foundation’s walls and the kinds of funding decisions grantmakers ultimately decide to make.”

Foundations of course are not the only organizations and institutions struggling with how to bring new voices and ideas into their decision making processes. Indeed, they have lots of company on that score. And often those ignored voices are not only outside an institution’s walls, but inside them as well. For instance, if foundation staff, rather than trustees, made more of the decisions about types of support, I suspect we would see more widespread implementation of the practices GEO is advocating for. So, how do we create opportunities for more trustees to listen and learn from grantees?

As I read GEO’s report, I was reminded of Joaquin Alvarado’s recent commentary following his sudden exit as American Public Media’s senior VP of digital innovation. I met Joaquin through TWI’s support of the APM’s Public Insight Network.

I think Joaquin’s insightful reflections about public broadcasting are well worth reading and have implications for many fields. Here’s something he wrote that sticks with me:

“Change cannot be a complaint. It cannot be motivated by frustration or disapproval. Change is a creative enterprise. It requires courage and clarity. Change is about realization, not real estate. We cannot occupy our way to it. If we seek change, we must accept responsibility for creating it. We must take risks — personal and institutional. The ratio of risk-takers among the stakeholders is not high enough in public broadcasting to motivate significant change. The ratio can rise, however, if leaders act with that intention and take responsibility for bringing the outsiders into Public Broadcasting.”

We hear about supporting risk-taking all the time within philanthropy, yet as the GEO report makes clear, in fundamental ways the status quo remains alive and well when it comes to how grants are made and how foundations interact with nonprofits. Shifting that means bringing the voices of grantees more intentionally into discussions of not only what gets funded but how it is funded. In an environment where foundations are continually developing strategic plans, that seems like one strategy well worth pursuing.